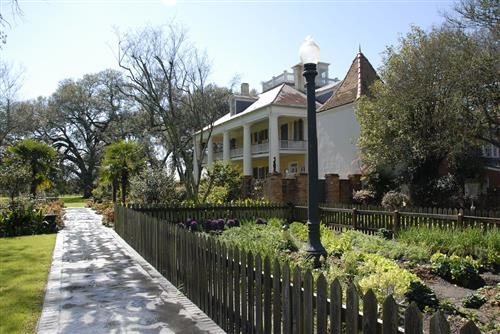 The historic Houmas House is believed to be haunted by granddaughter of original builder, General Wade Hampton. She has appeared to restoration workers in 2003 wearing a blue dress and walked down the stairs before vanishing. She is also known to follow tour groups around the home. Some say the ghost could also be that of a 7 year old girl, the daughter of a later owner named Colonel William P. Miles.